In his percussion sextet Pléiades (1979) Iannis Xenakis calls for a special instrument, the so-called Sixxen.

The name was created by the composer and originated from the combination of the two words "Six" and "Xenakis". His work Pléiades is today considered one of the milestones of percussion literature. Iannis Xenakis has noted his indications of what sixxes are and how they should or should not be tuned in the score. He writes that for each of the six percussionists (players A to F) there must be 19 metal sounds, which need not be tuned either chromatic or diatonic. Each of the metal scales should not be exactly identical from player to player but should vary slightly. 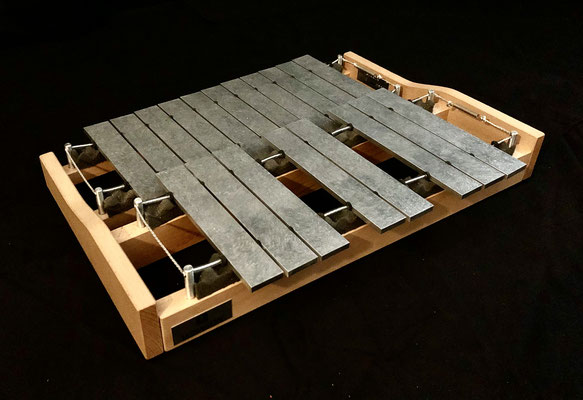 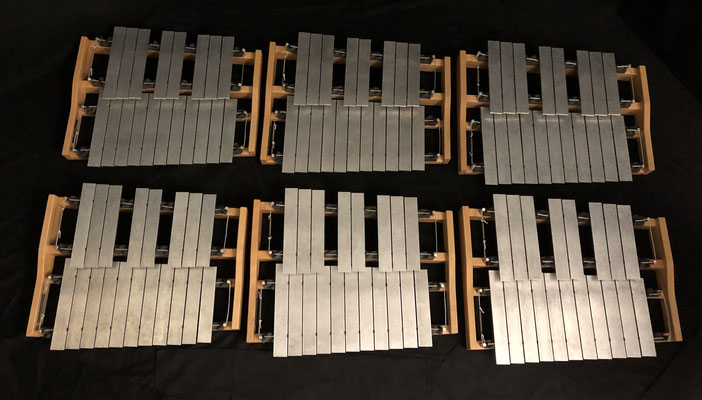 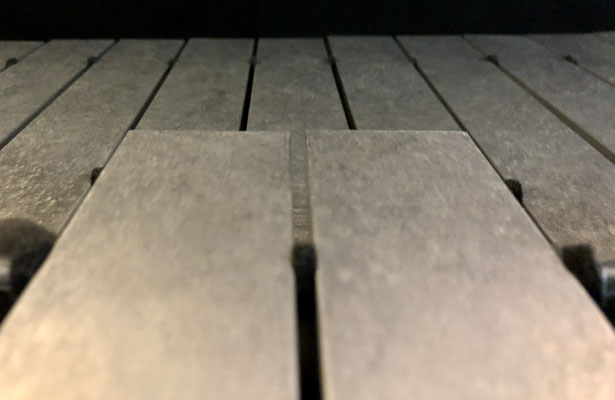 LUNASON has taken a new direction in terms of sound with its specially developed sixxes, since, among other things, it uses aluminum plates instead of iron as metal. If all musicians play on many different sound plates at the same time, one can hear the clear strokes and, thanks to the exactly constant frequencies of the individual plates, every note.

On the other hand, a so-called "Drone" is created, which makes this LUNASON LINE so special. Since the aluminium plates are full like bells and reverberate for about 15 seconds when struck hard, there is a strong, long-lasting interference between the notes.

The six resulting scales vary very slightly from Sixxen A to Sixxen F, so that if all six musicians play the same notes on their sixxes as Xenakis wishes, there will be additional slight interference between the instruments.

The frequency spectrum in which the Sixxes - LUNASON LINE are tuned lies in the range CIS5 - G5. This frequency range, which is rather high for sixxes, was deliberately chosen as a contrast to the much lower skin instruments that are found in pléiades.

Métaux from Pléiades by Iannis Xenakis 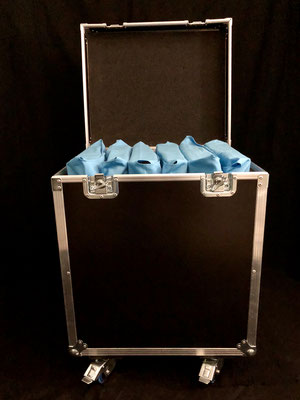 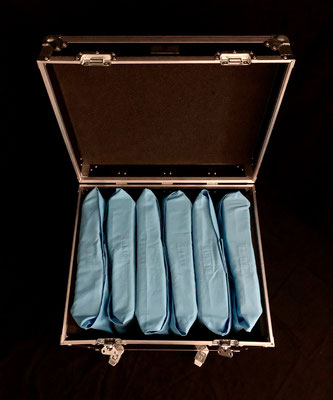 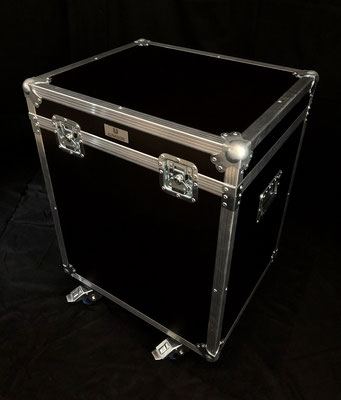 Composed of “SIX” and “XENAKIS”, the LUNASON SIX-XEN is a musical instrument with a determined sound in a structure with six original ranges of intervals. The timbre is rich, exciting and with mysterious, well-prolonged resonances. The new consciousness of sound. A reflection of the spirit of the time.

Researched for years for the six percussionists of Pleiades (1978), evoked by the simantras of Persephassa (1969) and the choirs of Oresteia (1965-66), it is the sound physics of a protean creator, the permanent and unique metasound – out of time and space – of the Iannis Xenakis galaxy.

Reconstructed and interpreted today, with the conscious technical mastery of Domenico Melchiorre and his LUNASON LINE, is the human contact with the “nature of sound”. An immense echo of origins... “The great impression I had when listening to the simantro in the monastery of Santa Lavra in the Peloponnese” (Xenakis, 1955). The extension of an ancient and surprising idiophone.

Three cubits, ab ovo, of a curved and resonant beech beam or a thick sheet of iron, beaten by Noah, three times a day, after he had finished the Ark, to announce the flood, to purge the soul. In all Orthodox countries, in Greek-Catholic places of worship, the Greek Semantron or the Romanian Toacă... are struck at different pitch points to fill those Architectures with a slow, but gradually accelerated rhythm-timbral cell, dilated, varied, evolved and thinned out finally, to sink into silence, to delimit time: Out of time, In time, Temporal... and space: of Action (liturgical) and the Everyday.

The Sixxens are a fusion of Art and Science to compose Culture. Musical means to express, in the same way, the human intelligence and that “which is” in the sound. “It is not the ear that hears, but the intelligence that understands.” They are calculation become style.

They are radical expansions. Quantisations of continuous mathematical functions. The rendering and "putting into sounds" of a far more general Thought: pure Logic, the Logic of numbers, even the Logic of intuition.

The nineteen bars (Sixxen F) with irregularly distributed frequencies – from C#5 (-12 cents) to G5 (+5 cents), the average in sixths of a tone – and cyclically duplicated – between C#5 (-12 cents) and A5 (-45 cents), in tenths of a tone, to avoid unison – therefore return the Meta-Instrument of Iannis Xenakis. They are grids (scales) that evoke the systems, the ranges of intervals of ancient Greece, the East and Indonesia, to exhibit a structure and architecture that are timeless... and fundamental.

They are powerful, poetic and unreal “Creators of the life of sound”.

They are “objects of acoustic, physical, mathematical, musicological investigation”, coherent and universal syntheses of the sound experience in the past, present and future.

They open gaps to auditory perception, widening it, until the original richness of the sound world is rediscovered, an infinite universe of sounds similar to those wonderful and natural phenomena: wind, hail, tides... the crackling of fire and the same clamour of the crowds.

They are the Wunderinstrument of what we might call the Ur-Ton-Welt.

All six SIXXENs from A to F are composed of 19 metal bars which more or less equally divide an interval of an augmented fourth or, enharmonically, of a diminished fifth. In fact, the average extent of all SIXXENs is 626 cents. The cent is the unit of measurement of musical intervals and corresponds to one hundredth of a semitone; the octave, for example, has a magnitude of 1200 cents. The minimum distance between the first and last bar is 591 cents (for the SIXXEN B), while the maximum distance is 655 cents (for the SIXXEN E).

From the spectral analysis of the SIXXEN, 4 partials clearly emerge in addition to the fundamental, one perfectly harmonic and the others inharmonic. The first partial is the second natural harmonic, one octave above the fundamental (1200 cents). The second partial, in a ratio of 1:2.75, corresponding to an octave plus a rising fourth (1753 cents). The frequency of the third and fourth partial varies according to the bar: the lower the bar, the higher the partial in frequency. For the third partial, the ratios vary from 4.66:1 (lowest bar of the SIXXEN F) to 4.42:1 (highest bar of the SIXXEN A), while for the fourth the ratios are within the range 7.71:1 to 6.40:1.

Spektrum of the lowest key of the Sixxen F

The first partial is in harmonic relationship with respect to the fundamental, being in whole number ratio, and its pitch is attributable to the longitudinal vibration of the bars. The second partial, in a ratio of 2.75:1, is precisely the second normal mode for transverse vibrations. The remaining two are not directly attributable to longitudinal or transverse vibration, but are presumably modulations of the latter.

If you are interested in our instruments or have any questions, please feel free to write to us under the heading Order.

We will answer your questions and gladly accept your orders.